I'm so excited! Sleeping with the Boss, book one in the Anderson Brothers Series is a Kindle Daily Deal for 99 cents for one day only, on Thursday, July 2, 2015! 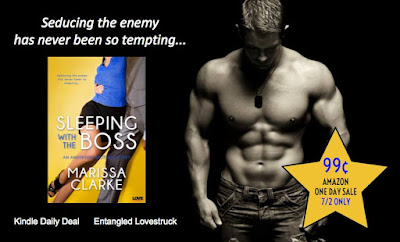 Seducing the enemy has never been so tempting...

For the last five years, bookish Claire Maddox has been living for the dying. Now that her stint as caretaker is over, she's off to see the world. She needs quick cash first, so a temp job at Anderson Auctions seems perfect, especially with the unexpected benefits, including the hottest man she's ever laid eyes--or hands--on.

Former Marine William Anderson has been burned one time too many. His military training makes him the perfect man to flush out the spy undercutting his family business, but no amount training can prepare him for the kind of undercover work he'll have to do when the sexy new temp is implicated. Desire lands them in bed...but duty may cost him his heart. 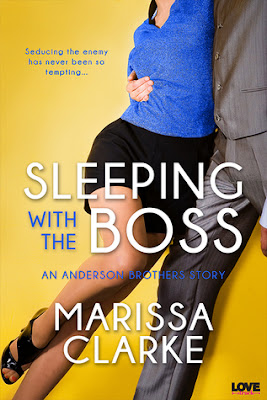 Posted by Mary Lindsey / Marissa Clarke at 8:20 PM No comments: